Perseverance on the Road to Recovery from Spinal Cord Injury

According to the Centers for Disease Control and Prevention (CDC), there are 200,000 people currently living with spinal cord injury (SCI) in the United States.

The CDC estimates that there are 15 to 40 new cases of SCI per million people annually. Through rehabilitation programs such as NeuroRestorative Avalon Park, Kenny Spry and other individuals with SCI are able to access the tools they need to rebuild their lives. On a December morning in 2005, Kenny Spry was on his way to the Harley Davidson shop where he had worked as a mechanic for 16 years when his SUV hit a patch of black ice, forcing his car into a ditch.  It took 7.5 hours to extract his body from the wreckage.  Kenny sustained a SCI and would spend the next five years in and out of several different rehabilitation facilities before coming to NeuroRestorative Avalon Park in March of 2011.

“I thought I would always need help and would never be independent again,” recalls Kenny.  “NeuroRestorative changed that.”

Since he arrived at NeuroRestorative Avalon Park, a unique facility located in Orlando, Florida designed specifically to fit the needs of individuals with SCI and traumatic brain injury (TBI), Kenny has learned to dress himself–a major goal–and he has also been able to begin using a power assist chair, making it easier for him to get around independently. In addition, he has begun working out in NeuroRestorative Avalon Park’s gym–something he hadn’t been able to do since before his accident.

“I have muscles now and it feels good,” says Kenny.  “I’ve only been here for a little over a month and have made so much progress.  I’m excited to see how far I can go!” The future looks bright for Kenny.  He has two more weeks of driver’s training until he can take his driving exam to be able to operate his handicap accessible vehicle. Kenny also hopes to open a Harley Davidson parts and accessories shop in Florida so he can get back to working with the motorcycles he loves so much.

“It’s really hard sometimes,” says Kenny.  “I just tell myself everyday that I can do it and I keep pressing on.”

Kenny’s response when asked how he stays motivated?  “You gotta have heart.  If you don’t put your heart into it, then you won’t get better.” 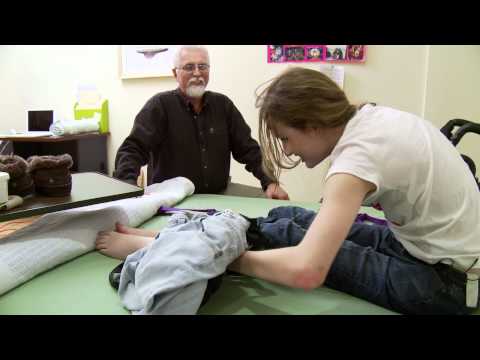