An estimated 3.8 million sports and recreation-related concussions occur in the United States each year according to the Centers for Disease Control (CDC).

NeuroRestorative’s neurobehavioral programs help former athletes such as Gene Breen and other brain injury survivors get the care they need to manage their behaviors and improve their quality of life. The price for Gene has been great.  Although he loves the sport of football, Gene endured many concussions throughout his time on the field, at least 12 of which knocked him unconscious, and on numerous other instances he experienced blows to the head and subsequent dizziness.

“Playing sports in the 50’s and 60’s there was a lot of pressure to play through the pain,” said Gene, now 70.  “Failure is something that I would never accept.”

Gene played in the National Football League (NFL) between 1963 and 1970, starting out with the Packers before being traded to the Pittsburgh Steelers and then to the Los Angeles Rams. A true athlete, sports had always been a major part of Gene’s life.  He played football from a young age and was awarded a scholarship to Virginia Tech where he played collegiate football and wrestled.  Years later he would return to serve as the school’s defensive line coach.

As a result of the multiple concussions he experienced over time, Gene developed Chronic Traumatic Encephalocity (CTE), a condition that causes a progressive degeneration of the brain tissue and can be associated with a range of challenges, including memory loss, impulse control problems and confusion.  The effects of CTE can take years before revealing themselves.

“Gene began exhibiting some unusual behaviors about seven years ago,” recalled Nancy, Gene’s wife of 31 years.  “He was angry and exercising poor judgment which eventually led to his being hospitalized.” “The goal was to get Gene back on track and back to a good quality of life,” said Dr. Horn.

With the help of Dr. Horn and Dr. Harding, Gene qualified under the 88 Plan, a funding mechanism for former-NFL athletes to receive medical care for injuries sustained while playing.  Gene’s neurobehavioral post-acute rehabilitation program at NeuroRestorative’s Clearwater, FL location equipped him with the tools and strategies necessary to self-manage his behaviors and reactions to everyday situations.

Drawing from Gene’s former career and lifetime love of football, Dr. Horn conceptualized a rehabilitative goal-setting project that Gene and Nancy could work on together.  They would call it My “Playbook” for Quality of Life.  The idea was to create parallels between the endurance and hard work it took for Gene to succeed on the football field to the strides Gene would make in his rehabilitation.

“In the playbook, I was the quarterback,” explained Gene.  “Dr. Horn was the coach, and Nancy and all the other therapists were my team.”

“The goal was to function as a unified team,” said Dr. Horn.  “If one person is not on the same page, then the play will be ineffective.”

Nancy proved to be a huge support for Gene, demonstrating what a powerful force the support and love of family members can be in a loved one’s rehabilitation.  She became an expert herself and, with training and coping sessions offered by NeuroRestorative, was able to work with Gene at home and relay her observations to Dr. Horn. “I was extremely impressed by NeuroRestorative’s entire approach,” said Nancy.  “The open communication gave me a sense of comfort and peace of mind.”

Gene and Nancy have learned so much through Gene’s experience with CTE and his post-acute rehabilitation at NeuroRestorative that they have made it their mission to spread awareness of the devastating impact that concussions can have on athletes.  The Breens are in talks with the NFL Alumni Foundation about ways to connect with other former players and their families who may be going through a similar experience.

“Spreading awareness and telling our story will make football and any other sport a better sport because people will be aware of what is going on,” said Gene.

Learn more about NeuroRestorative’s neurobehavioral programs across the country. 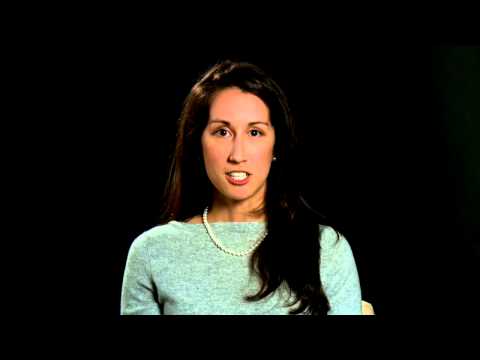 Many individuals with brain injury commonly report problems with balance. Hear from one of NeuroRestorative's physical therapists Lisa Chapman, on the importance of balance for brain injury survivors and integrated treatment options that combine physical exercises with cognitive therapies to help individuals maintain balance.