A Veteran’s Story: How Doug Padgett Found Hope and a Way to be Heard Again

Traumatic Brain Injury (TBI) can result in many different challenges from cognitive and behavioral changes, to physical complications.  With a positive attitude, lots of hard work, the support of the VA and the experts at NeuroRestorative, Doug Padgett and other Veterans with TBI are able to live more independently.

Former Marine Corps Sargent Doug Padgett looks down at a small computer in his hands and moves his fingers across the touch screen, searching for the keys he wants.  He finds the button he is looking for and grins proudly at his mother, Sue Ann, as the machine says “I love you.”

The device is a DynaVox, a speech and language tool that allows individuals–who are unable to communicate verbally–to express themselves.  Doug had received his DynaVox four months earlier as part of his rehabilitation program at NeuroRestorative.  Prior to starting the program, Doug had been unable to communicate verbally with family and friends for more than a decade.

On November 10, 1998, the car Doug and his wife Daphne were driving in was hit by a tractor-trailer.  The couple had only been married for 11 days. Doug suffered a severe traumatic brain injury and would spend the next fourth months in a coma.  Daphne did not survive.

Just before the accident, Doug had reenlisted for his second tour in the Marines.  The military had been a dream of Doug’s since he was a teenager.  While on active duty, Doug served as a helicopter mechanic in Jacksonville, North Carolina and was later deployed to the U.S.S. Wasp in Bosnia.

“He loved the military,” said Sue Ann, smiling.  “He had planned to make it his career.”

Doug would not be able to walk for nearly five years following the accident and, unable to communicate, he was forced to use gestures and facial expressions to express himself. He relied heavily upon Sue Ann for support and was unable to return to work.

Doug and Sue Ann learned about NeuroRestorative through the Veterans Health Administration Assisted Living Pilot Program for Veterans with Traumatic Brain Injury. The VA program provides dedicated funding to cover the costs of specialized private rehabilitation programs such as NeuroRestorative to work together with Veterans with moderate to severe traumatic brain injury (TBI) and their families to enhance Veterans’ rehabilitation, quality of life and community integration. Doug has made huge strides since entering NeuroRestorative’s continuum of care,” said Cori Maynor, Doug’s occupational therapist.  “Among his greatest accomplishm
ents are the significant improvements in his strength and endurance, making it easier to walk up and down stairs, and his increased ability to communicate using his DynaVox.  Thanks to his DynaVox, Doug was able to give a speech at his son’s recent wedding.”

“I can only imagine where he would be right now if he had been able to come [to NeuroRestorative] from the beginning,” said Sue Ann.  “He’s got a great personality and a great sense of humor. He loves life and he will never give up.”

Learn more about NeuroRestorative’s programs for Veterans and Military Service Members across the country. 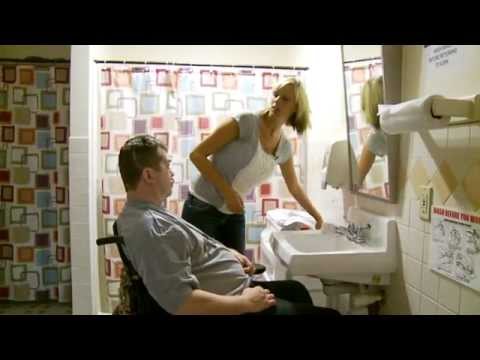 Hear the amazing stories of these heroes on their road to recovery from traumatic brain injury.